Balint Alovits is a young London-based visual artist and photographer from Hungary who has a particular passion for space, depth and how they intersect with the human optic nerve. 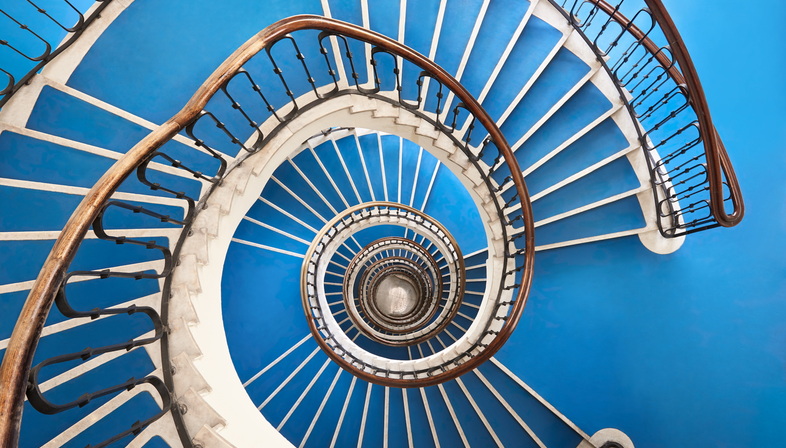 Balint Alovits is a young London-based visual artist and photographer from Hungary who has a particular passion for space, depth and how they intersect with the human optic nerve.


The photographer Balint Alovits only showcases six projects on his website, each of which has been conceived and crafted with exceptional skill, something you would expect from someone who is pursuing his MA in Photography & Philosophy at Central Saint Martins. So, after careful consideration, we are presenting to you here elements of his work that we think are most suited to the pages of Floornature.com.


The collection is called Time Machine but the title doesn't really give you an immediate idea of what the images are all about. Actually, here you come face to face with a series of Bauhaus and Art Deco spiral staircases around the photographer's hometown, all shot from the same central point at the top or bottom of each staircase. These staircases are also fine examples of Hungarian craftsmanship from the 1930s and '40s. The first idea that springs to mind is “the time machine that Alovits proposes took me inside the modern Art Deco buildings of Budapest back in the early 20th century.” But on second thoughts, that concept is rather uninspired.
Actually, it's just a bit too obvious. Alovits' mind performed some complex acrobatics to create this project, similar to those of our pupil as we examine the young Hungarian photographer's images. The photos in Time Machine explore shape and depth and in so doing reveal the infinity of a closed space through the plurality in the singleton. Pretty much the same process that takes place when studying the images present on the surface of the web.


But how can you confine infinity to a finite surface? Whereas we work on the meaning and signifier of what is shown to create a comprehensible image on the web, Balint Alovits limits himself to carefully studying the composition of the photograph, calculating the hyperfocal distance so that every detail is in focus, and making sure that the fractal component that distinguishes his subjects - the constant repetition of the same element that is lost in depth - emerges from the shot. The effect, according to the photographer, is the same that you would get if two mirrors were facing each other, so the unusual perspective turns the staircases into abstract subjects that collapse in on themselves indefinitely. Which takes us back to the idea of the time machine that creates portals in the space-time continuum, giving viewers who can abstract themselves from reality the illusion of being internauts discovering new parallel worlds within infinite timelines. To put it more simply, a bit like Rick, the mad scientist and grandfather in the adult animated science fiction sitcom Rick and Morty, or one of the many sci-fi films about time travel and parallel dimensions.


This sci-fi background is not immediately easy to understand simply because it is completely unexpected. You couldn't imagine anything less science fiction than the hand-carved wooden balustrade of an Art Deco building in the centre of Budapest. And yet, an image is never the truth but rather a representation of the truth, and it is the photographer's job to guide us towards understanding that truth, showing us the right structure and distinguishing traits to consider. It's like Alovits is welcoming us to the period when Art Deco staircases could be science fiction. And nothing will ever be the same again. 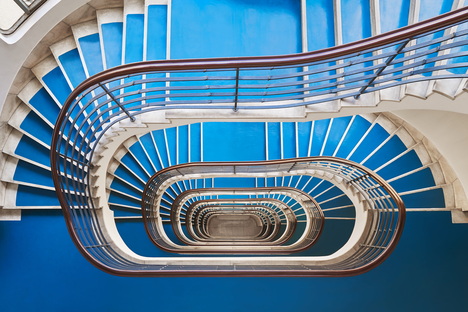 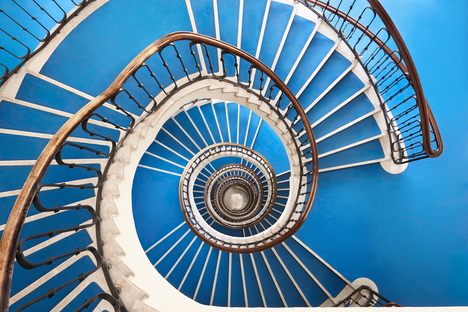 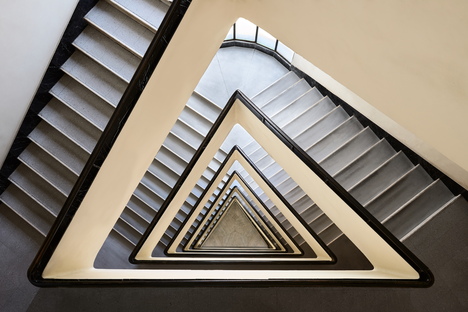 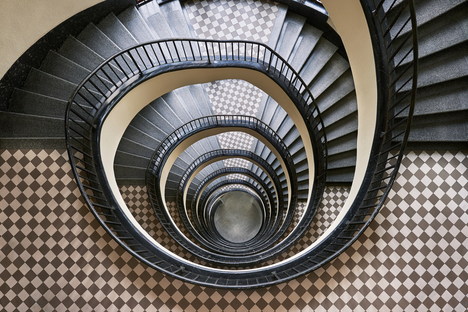 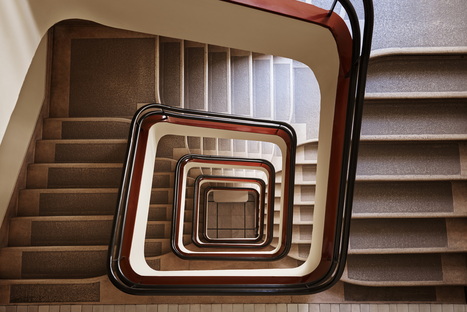 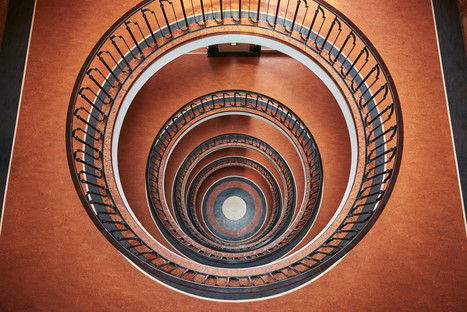 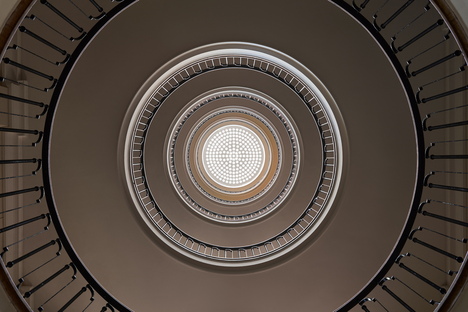 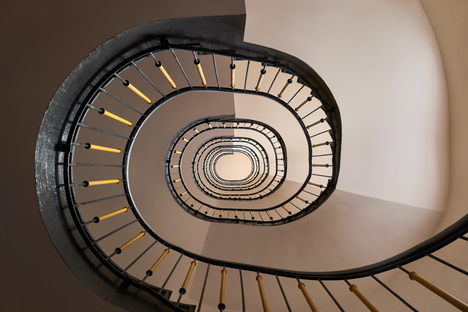 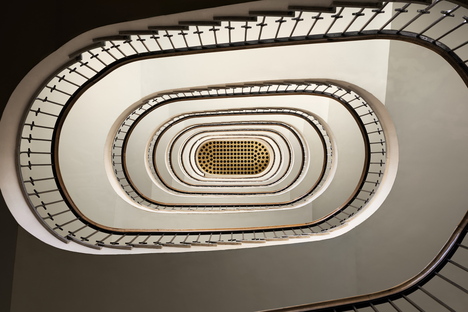 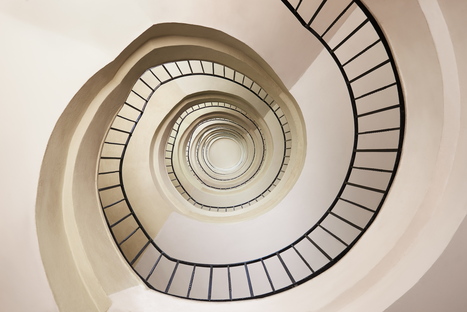 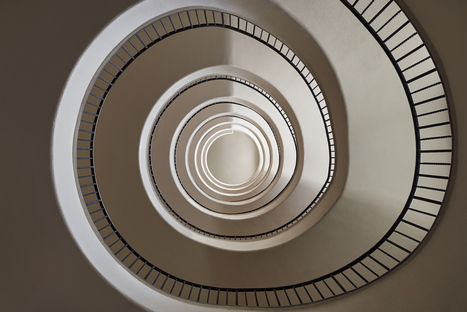 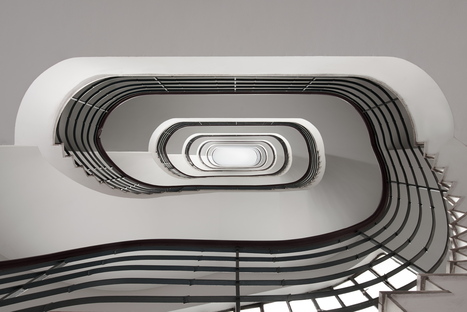 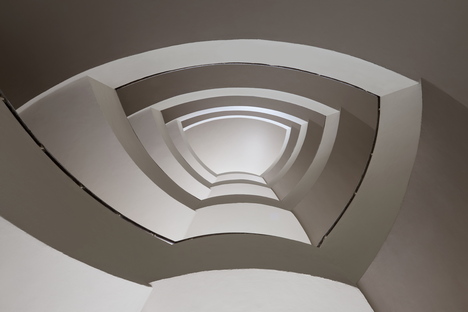 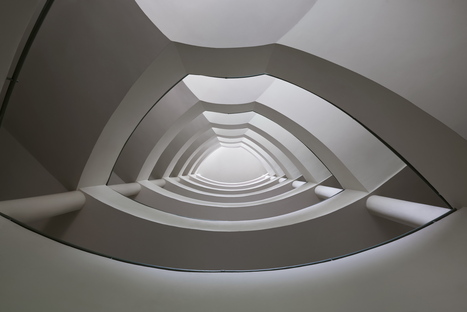 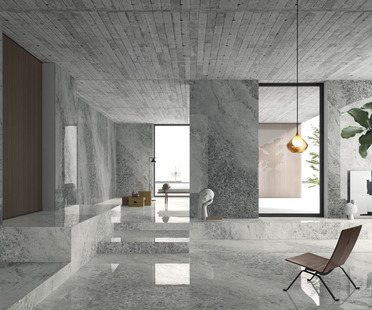 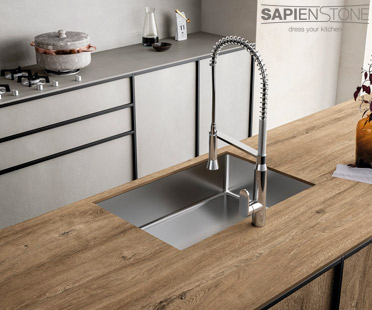