Guest of this appointment is the American architect Rick Joy, renowned for his climate responsive and landscape sensitive works. Originally from Maine, after studying and performing music for years as a professional drummer, he moved to study architecture at the University of Arizona,working after his degree in Phoenix, at the office of Will Bruder, a special, inspiring architect, particularly attentive to sustainability, who was a student and then an apprentice of Soleri at his Cosanti studio. In 1993, fascinated by the desert of Arizona, Rick Joy decided to stay permanently in Tucson, establishing his own practice Studio Rick Joy, SRJ. His first projects, mainly local residences in the Sonoran Desert, essential sculptural signs cohabitating with the flora and fauna of the context, have almost immediately gained global attention for their conceptual and sustainable approach. Ultra-luxury resorts and residences followed over the years in the most enchanting and pristine corners of the world, from the mountains in Idaho, the forests in Vermont, to the desert in Utah, or along the Pacific Coast in México, and his intimate encounter with nature has continued to transmit with generosity breathtaking experiences.
Visiting professor at the Harvard Graduate School of Design, Rice University, University of Arizona and MIT, he is extensively lecturing. He has received prestigious international recognitions, as the 2002 American Academy of Arts and Letters Award in Architecture, the National Design Award from the Cooper-Hewitt Museum 2004, inducted in 2019  into the Interior Design Hall of Fame. His realizations, awarded and featured in international publications, are collected in two dedicated monographs, the recent “Studio Joy Works” and “Desert Works”, with introduction of Juhani Pallasmaa and foreword of Steven Holl.
The conversation opens, recalling an important decision that saw him leave his music career and his home-town, in the heart of Maine, to study architecture at the University of Arizona, in Tucson, a totally opposite, far away city, in the Southwest of the country.
The encounter with an absolutely new environment, so powerfully inspirational in its natural manifestations, as the desert, has provoked a visceral connection translated by an architecture that, according to the famous critic Juhani Pallasmaa, privileges the verb over the noun, letting the place determine and dictate the choices. The Tucson Mountain House, one of Rick Joy’s exemplar houses, a small one-family residence, set in a site of the desert surrounded by mountains, embraces in its apparent simplicity and rigorous selection of materials all those features, that evolved over time, have remained consistent with the concept of deep respect and close, mutual exchange between architecture and nature.
We focus on his capability to transcend materiality, supporting more abstract experiences: all his houses, skillfully integrated into the natural setting, seem attuned to specific performances, evoking, through sensory inputs and constantly changing effects of light, emotional narrations connected with the place. We deepen the Desert Nomad House that, with its three boxes wrapped in Corten steel emerging from the earth, visualises a story of desert-abandonment made of rusty remains scattered here and there, and Tubac House, an almost atmospheric stage.
His studio, in a historic barrío of Tucson, anticipated with a sort of tension in crescendo, familiar to a drum player, represents with the special atmosphere he has been able to create another beautiful story, enriching the working environment with inspiration and intimate serenity every day.
The alchemy of his hospitality vocabulary, from Amangiri Resort, cradled in a secluded, untouched valley of a canyon in Utah and perfectly camouflaged with the striated Rocky Mountains on the backdrop, to the new, recent One&Only Mandarina, perched on the cliffs along a one-mile pristine beach in Riviera Nayarit, Mexico, with their deliberate simplicity, and obsessive dedication to an absolute integration with pristine, spectacular contexts, constitutes another captivating subject, for the unforgettable experiences they reserve.
From virgin coasts and verdant wide expanses, we move to the crowded urban reality of Mexico City, where Tennyson 205, a five-story apartment building, stands with its interesting carved like sculptural facade and sleek external clean-lined concrete structure, reserving, despite the elegant but severe exterior, an abundant vegetated inside, with lush courtyard gardens and planters boxes, authentic luxury, for the architect that can’t be renounced.
We touch then an important public experience, Princeton Transit Hall and Market, part of the redevelopment of Princeton University’s campus in New Jersey, an elegant statement that above linking past and present, is representing an extremely successful, inclusive gesture, with great satisfaction of the author.
We conclude with that particularly generous and rewarding relation he loves to entertain and cultivate with his international team of young people, coming from the most diverse parts of the world. 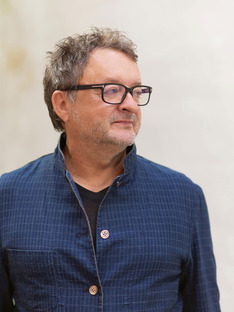 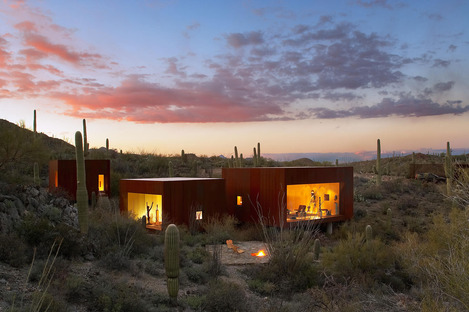 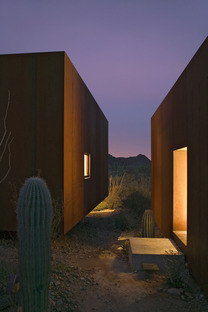 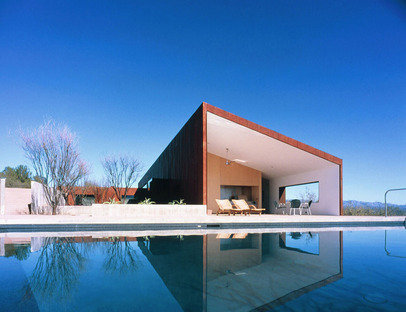 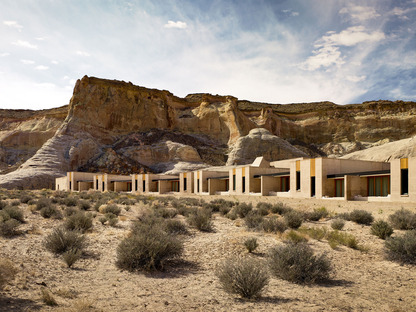 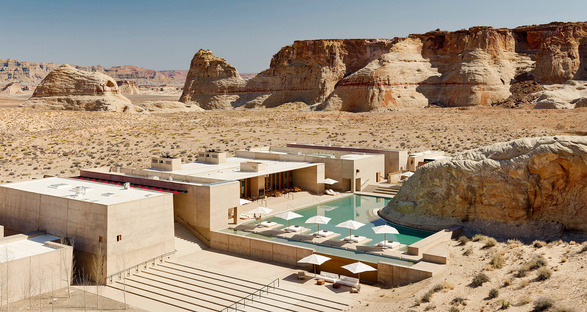 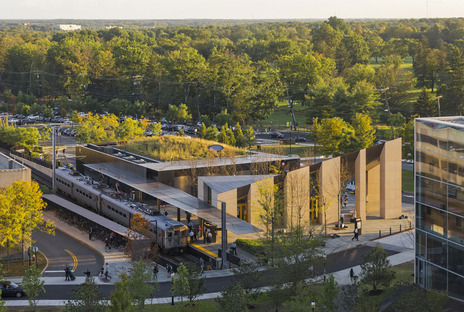 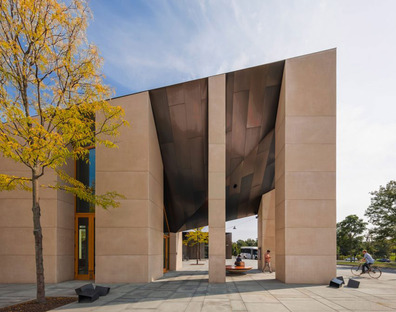 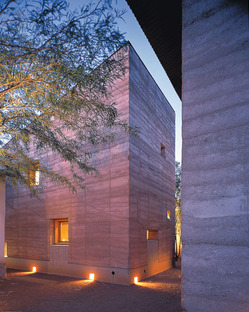 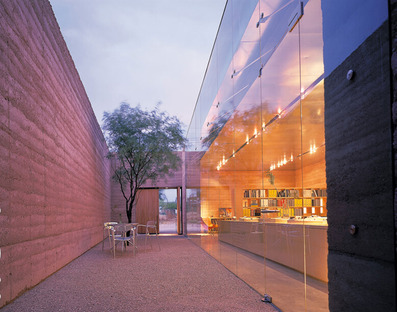 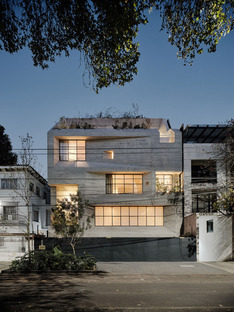 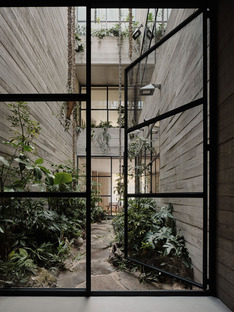