Our guest today is Irene Luque Martín. She is Project Leader at MVRDV Urban Studio, one of the eight studios of the Dutch architectural firm in Rotterdam and is a PhD in Planning and Urban Technologies awarded Cum Laude and with an ‘International Mention’ during her stay at the Centre of Urban Studies at the University of Amsterdam.
She is an active member of several institutions such as ISOCARP, Complex System Society and AESOP where she is part of coordination team of the Young Academic (YA) network, as well a visiting scientist at the University of Twente. Her main role in these institutions is to bring academia outcomes into daily practice methods and research.
Looking at her thesis and current expertise, focused on understanding the role and application of urban technologies (Geographical Information Systems, artificial intelligence, urban simulations and visualization tools) in urban planning, she is the ideal guest to talk about the future of our built environment as a whole. Because if we look closer at urbanism, we soon understand why one of MVRDV’s claims is actually “Everything is urbanism”. What was also the motto of Winy Maas, when he was the Guest Editor of DOMUS in 2019.
MVRDV Urban Studio, lead by Studio Director Enno Zuidema, is active in many different countries and with a broad range of projects, that go from participatory masterplans in Germany including proposals for the resilience of the San Francisco Bay Area to the Supervision for the center of Eindhoven to research on Urban Air Mobility (UAM), where Irene has been involved. 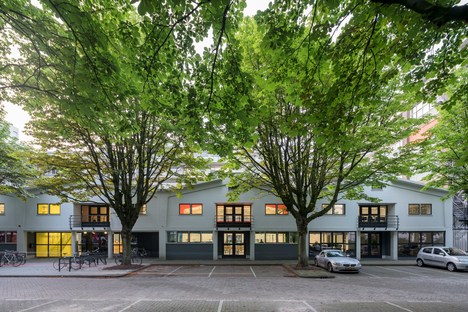