He has previously worked at London's Institute of Contemporary Arts, and he curated Lisbon Open House 2012. He has been shortlisted for the curatorship of the Oslo Architecture Triennale 2019 with the Fubulous Team and the claim "No way back" - perhaps too realistic to be on the table - and also for the Tallinn Architecture Biennale 2022 with the Emotionalist Team.
But what is most striking in his CV is that he graduated in Physics and Astrophysics.

A fact that shows you don't need to be necessarily an architect to write about architecture but that you know how to explain complexities in a very compelling way. That is what Herbert Wright does.
Because after talking with architects, PR experts, and architectural photographers, it is time to delve deeper into another fundamental aspect of architecture: architectural writing.
Suppose it is true that the image is the most impactful element in architectural communication, especially on image-driven social media. In that case, there is still a significant need for words to explain the ideas behind a project, regardless if this is a building or a huge master plan or even a tiny object. There will always be something that you can only convey with words.

We started the podcast with the most obvious question: How did Herbert become an architectural writer? We learn: by chance. Things evolved faster when walking in his city, London, and he was inspired to write the book "London High" regarding the London skyscrapers, from the 1930s to the end of the last Millenium, published in 2006. Written in an appealing and understandable language, it opened him new doors.
As everything started because of his interest in exploring cities by walking, we delve deeper into one of his favourite topics: psychogeography. A movement is dating back into the 1950's and refers to a method of mapping the city walking without a plan but in an emotional response to the city. We find similar approaches in Jane Jacobs and Aldo Rossi, where the city is an emotional framework of our world more than just infrastructures. As psychogeography is also related to emotionalism, a topic we touched earlier this year with London architect Tszwai So, we asked Herbert to give his insight into the future of our cities because he is working on a new book project, called "City of Singularity", he is working on in a moment where Covid-19 is accelerating digitisation. Our society is "sleepwalking into a digital future".

"Singularity" is another term created in the 1950's, by John Neumann, who defined singularity as the moment when machine intelligence exceeds human intelligence. We are assisting without a real awareness of what impact this can and will have on our cities. Herbert gives some hints with China's example, the "land of tomorrow", way ahead in this kind of technological evolution based on big data and deep learning.
The podcast closes with some thoughts about the purpose of life, especially if it will be ever more AI-driven and some remarks on collectivity and land ownership. 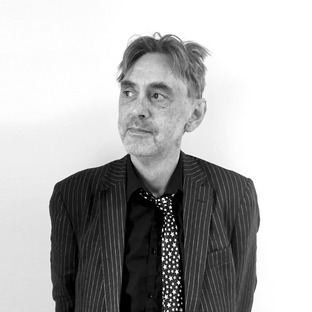